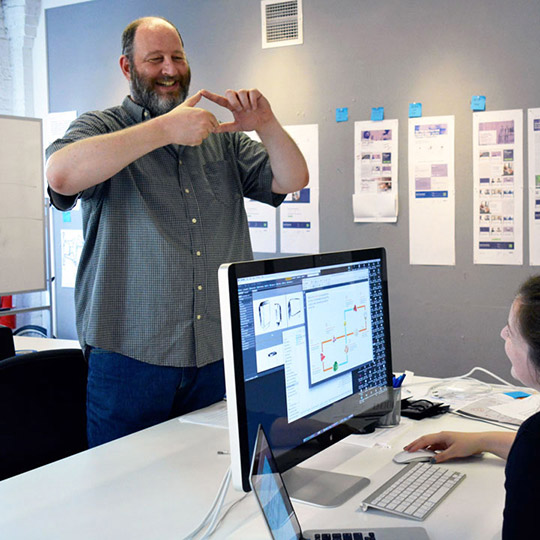 Mike is a co-founder of Avenue. As Creative Director, he provides leadership for all aspects of the creative process and ensures that every project supports the strategic brand and marketing objectives while adhering to industry best practices and standards.

Throughout his career Mike has developed and led award-winning creative direction for clients such as Tosca, Essity, Nortel Networks, McDermott Will & Emery, Interface, SynergyBank, Material Sciences Corporation, Harley-Davidson and Coca-Cola, among others.

Prior to co-founding Avenue, Mike was a Creative Director at iXL/Scient (IIXL), a Senior Designer at the internationally recognized VSA Partners, and a Designer at Bagby and Company. He earned his BFA with a major in graphic design from the University of Illinois at Chicago, and studied with design legends Paul Rand, Armin Hofmann, and Wolfgang Weingart.

His work has been recognized by numerous industry awards and competitions.